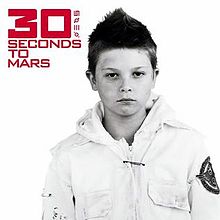 Upon its release in August 2002, 30 Seconds to Mars reached number 107 on the Billboard 200 and number one on the Top Heatseekers. The album received generally positive reviews, many of which compared 30 Seconds to Mars to Pink Floyd, Tool, and Brian Eno. The album produced two singles, “Capricorn (A Brand New Name)” and “Edge of the Earth”; the former peaked at number 31 on the Mainstream Rock Tracks. 30 Seconds to Mars promoted the album by opening concerts for bands such as Puddle of Mudd, Incubus, Sevendust, and Chevelle.

Following the release of this album, 30 Seconds to Mars music differs notably from it, both musically and lyrically. Whereas this concept album’s lyrics focus on human struggle and astronomical themes, A Beautiful Lie’s lyrics are more personal and the music introduces intense screaming vocals and synth effects.